Presidency insist Buhari never made any 100 days in office promises 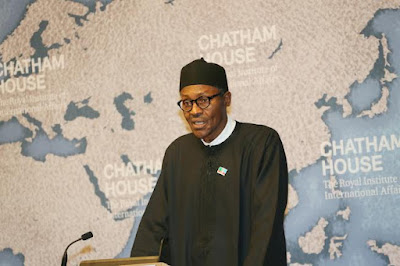 Senior Special Assistant to President Buhari on Media and Publicity, Shehu Garba, has denied claims that during the campaigns, President Buhari made some promises which he hoped to fulfill within 100 days in office.
Garba was speaking while reacting to the controversy surrounding two booklets titled “One Hundred Things Buhari Will Do in 100 Days” and “My Covenant With Nigerians” which details all the promises the President and APC vowed to fulfill within 100 days in office.
According to Garba, Buhari never made any promise to anyone.

“The president never promised anything to anyone. It is on record in that lecture at Chatham House they asked him a question relating to expectations and what he specifically would do in relation to certain documents that were flying around committing him to this thing or that thing within 100 days.

In that lecture, the video is already now viral on the web, he (Buhari) said it contained falsehood and I am not going to be engaged in deceit. I will go in there, I will see what is there and then get the intelligence, the knowledge of things that are going on and I will fully commit myself to serving Nigeria.

My point is that as the director, media and communications of that campaign, I was responsible for internal and external communications and these so called documents that are been flown around didn’t have my signature.

I didn’t fund them and I didn’t authorize them. From what President Buhari himself had said at Chatham House, he had no iota or knowledge of those documents. So, people cannot hold him to account on something to which he did not commit himself.

We prefer to talk about milestones instead of achievements. Whether the milestones represent achievements or not, that is left for the people to decide. Milestones have been achieved  which is important for the country"he said.

“The second one: high expectations and what to do with the first 100 days. Yes, I respect that question because quietly I was thinking about these high expectations. Those who are following the trail of our campaigns can see how people are turning out, some becoming emotional and crying.

I am really getting scared that if I get there they will expect miracles within the next week or months. That would be very dicey handling that one. I think we have to have a deliberate campaign to temper high expectations with some reasonableness on the part of those who are expecting miracles to happen.

Just to go first to the ‘first 100 days’, some of it is fraudulent and I don’t want to participate in any fraud in any form. Nigerians know that we are in trouble as a people and as a country.”

When we get there we will quickly get correct intelligence of what is on the ground and inform Nigerians and just learn what I have just read.

We will make sure that the misappropriation and misapplication of public resources will not be allowed. You would be surprised by how much savings we will realize. That saving will be ploughed back into development and this is what I can promise. But I would remove that ‘100 days’”he said.