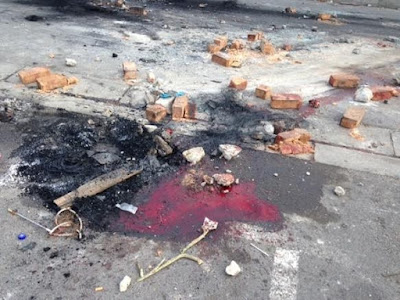 A 15-year-old boy was raped and murdered in Masiphumelele, near Fish Hoek, South Africa on Tuesday, September 15. The man behind the crime was this morning caught, stoned and burnt by a mob of angry residents, Eye Witness News reports.The scene was littered with bricks, a burnt tyre and fresh pool of blood. The man's charred remains has since been removed by the Police. 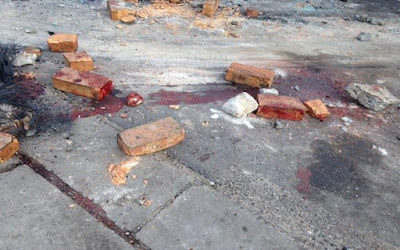 A group of Police are currently keeping a close eye around the area. According to EWN, a close friend of the 15-year-old boy's mother, the teen was home alone after 7 am yesterday morning when his mother left for work. A short while later, the boy's uncle walked into the house only to see the dead body lying in the dining room.

The victim's brother, Sonwabile Pula, said the family's distraught.
"When it comes to family, this type of incident is not nice. It’s not something that we can just forget overnight. It will take time to heal." 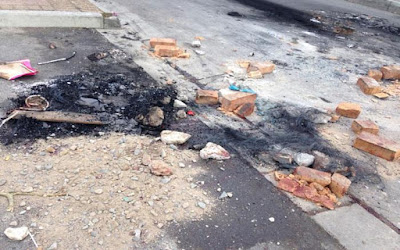 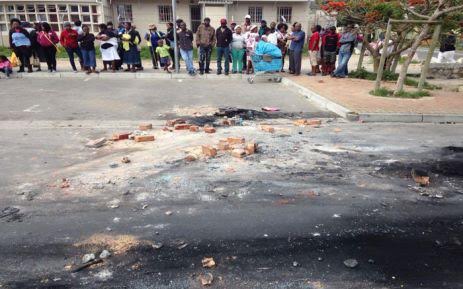 Posted by Chimah Ikechukwu at 5:22 PM