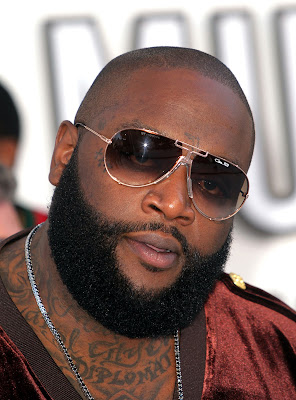 Rick Ross' bond hearing in Fayette County, GA wrapped up yesterday and the judge granted his lawyer's bail request and set his release once he paid a $2 million bond which Ross was able to pay.

He got $1 million equity from the ex-Holyfield mansion he owns, and another GA property, $500,000 surety bond (from a bail bondsman) and $500k in cold hard cash.

Ross' attorney also promised his client would forfeit the entire Holyfield property (which is worth $5 million) to the county ... if he does anything to obstruct justice or intimidate any witness.
Posted by Chimah Ikechukwu at 10:17 AM