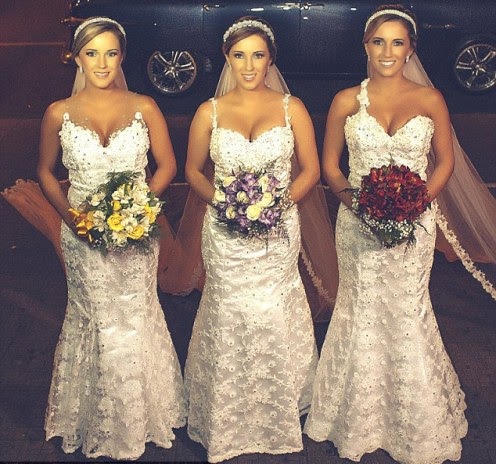 29 year old triplets, Rafaela, Rochele and Tagiane Bini from Passo Fundo, southern Brazil, tied the knot same day at the same ceremony, wore the same wedding dress, as well as hair style and make up and confused not just their guests but also their grooms who also looked strikingly similar.

The only way guests could distinguish one bride from the other at the ceremony on Saturday was the different colour of bouquet they carried. Even the grooms - Rafael, Gabriel & Eduardo, said they had worried they might mix up their wives-to-be when it came to exchanging vows. One of the grooms, Rafael, who married Rafaela, told how the girls sometimes deliberately confused their fiances. 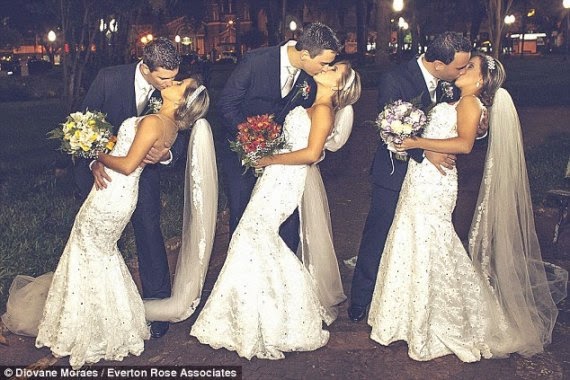 'There was a time when we were all in the kitchen making dinner. So Rochele, who is Gabriel's, was doing stuff at the sink, and Rafaela was at the stove. We were there chatting and they changed places. I went behind to hug her, and said "oops" when I realised I'd got the wrong girl.' 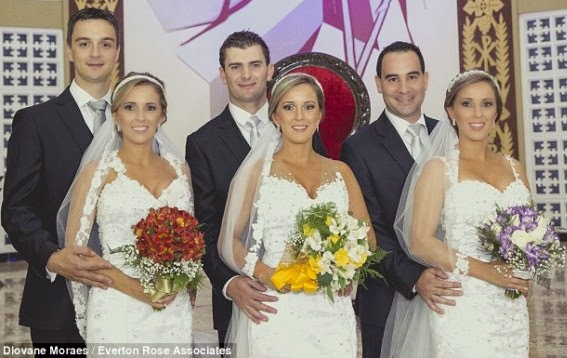 The girls explained how they all went together to get their hair and make-up done with the intention of looking different.
But, said Rochele, 'We tried a number of styles, but we all liked the same one. It's not even worth trying, it always ends up like that.' 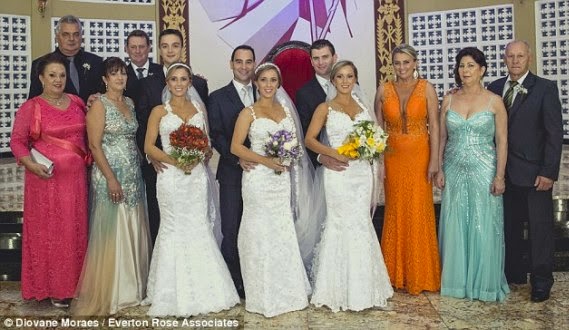 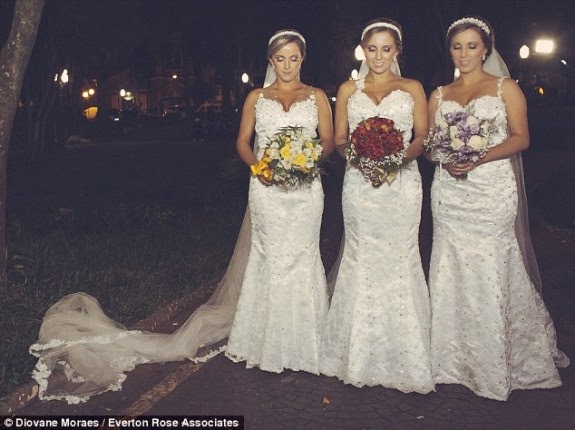 Their parents, Pedro and Salete, already had one daughter, Liziele, when they decided to increase the family - but never imagined three more girls would come at once.
Mother Salete fainted when she was told she was expecting triplets, according to the girls.

Rafaela was the first to find her future husband, Rafael, ten years ago while studying at university. A year later, Rochele got together with Gabriel.
It was parents Pedro and Salete who suggested the girls all get married together after Tagiane also got engaged to Eduardo.

The only dilemma for Pedro, a farmer, was how he would walk all three daughters down the aisle at once.
He said: 'We decided that we would all walk down the aisle until half way down the church. From there, I would take one at a time.'

The first to be taken to the altar by their father was Tagiane, who was the first to be born. She remembered: 'I tried to hold back my emotion, but I couldn't. To see my dad there, at that moment, was a feeling I can't explain.' 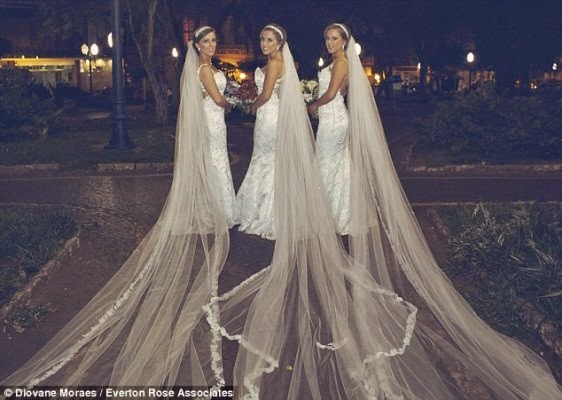 Source: Braziliastar/UK Daily Mail
Posted by Chimah Ikechukwu at 10:18 AM