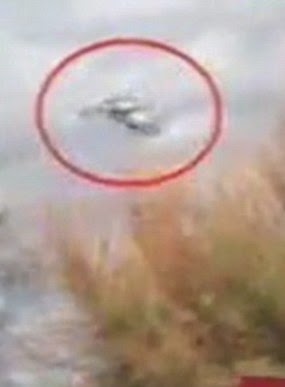 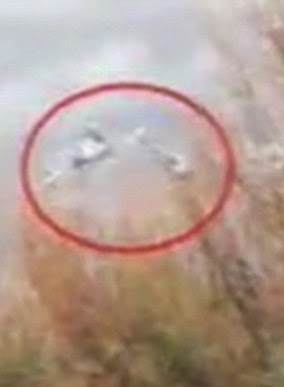 This is the dramatic moment two helicopters crash midair in Argentina, killing 10 people including three French sports stars taking part in a reality TV show.
The video, shown on Argentinian TV this morning, reveals how one of the aircraft smashes into the other from below while flying over trees in a remote town. Seconds later, both craft plunge to the ground and explode in a ball of flames.
Champion sailor Florence Arthaud, Olympic gold medal swimmer Camille Muffat and Olympic boxer Alexis Vastin were all killed, along with two Argentine pilots and five other French nationals. 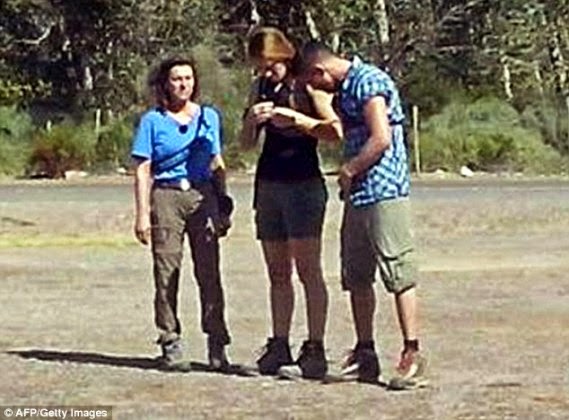 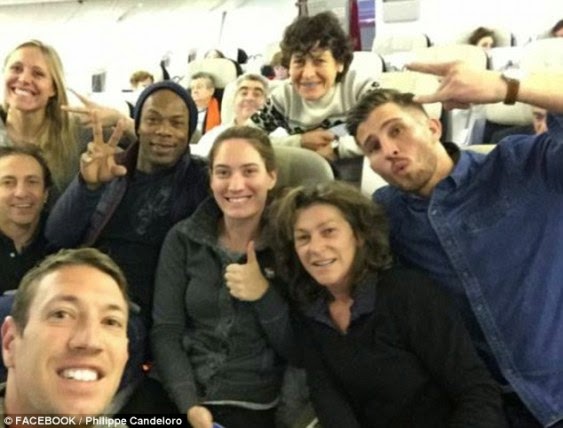 Doomed: Olympians Camille Muffat, centre, Florence Arthaud, second right and Alexis Vastine far right, are pictured with their fellow contestants on their way to film French survival TV show 'Dropped'. Former Arsenal footballer Sylvain Wiltord (centre left) was in the show, but was not on board either of the helicopters 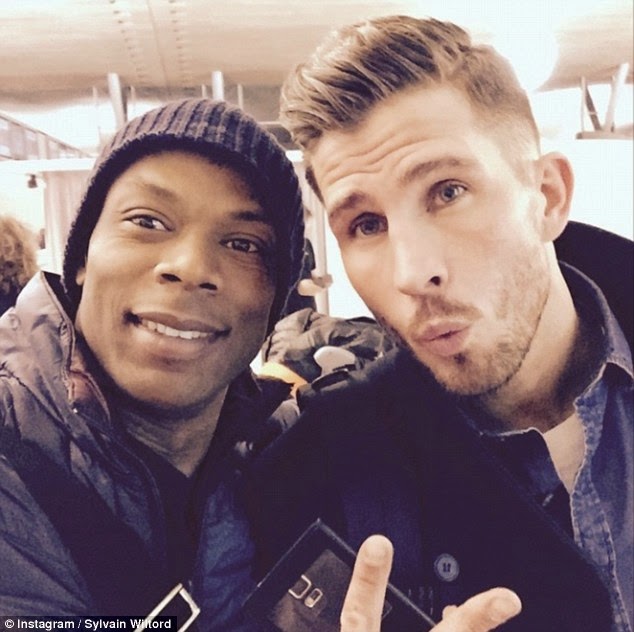 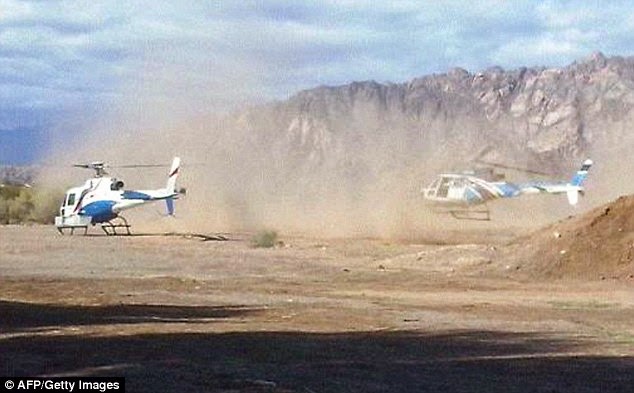 Prosecutors in Paris today opened a manslaughter inquiry as Argentinian police removed the bodies from the wreckage of the helicopters.

Air accident investigators have yet to reveal the cause of the crash, which happened around 5pm local time yesterday.
The celebrities were taking part in a survival TV series called Dropped for French TV when the crash happened in a rugged mountain range in La Rioja province.
A cattle farmer has told how he rushed to one of the helicopters to try to rescue survivors, but was beaten back by the heat and smoke.
David Ocampo said: 'One of the helicopters sounded as if it was firing off shots or experiencing small explosions that were completely out of place. 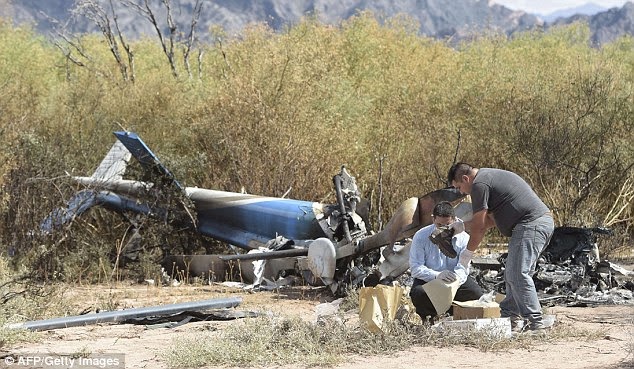 There were about five metres between the two of them, but the one in front seemed to stop and that caught my attention.


'The other one smashed into it from behind with its propellor after trying to swerve to avoid it and fell to the ground and exploded. The earth shook when they fell.
'I rushed towards it to see if there were any survivors but it was just a ball of flame.
'I couldn't see anything really, just smoke and the tail of one of the two helicopters between the bushes.' 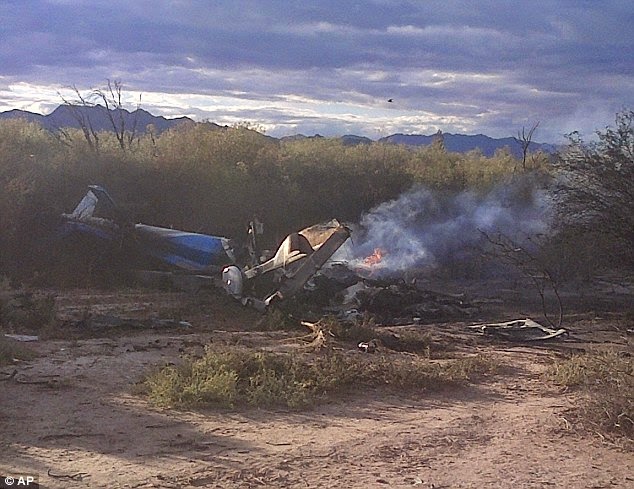 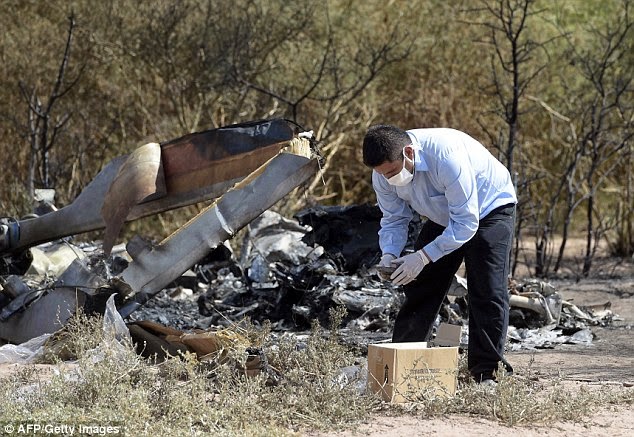 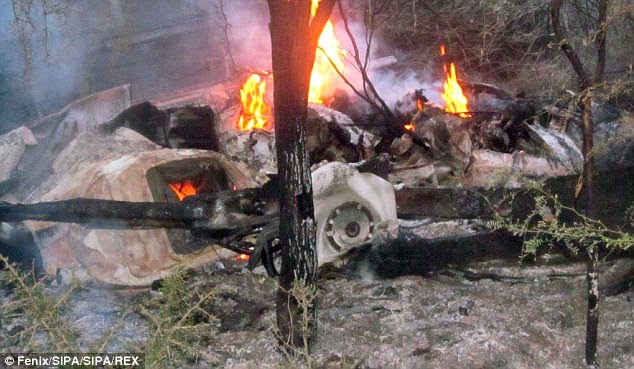 Earlier, it emerged today that former Arsenal footballer Sylvain Wiltord missed the doomed flights because he had been voted off the show the day before.
A statement from local government officials identified the remaining victims as Laurent Sbasnik, Lucie Mei-Dalby, Volodia Guinard, Brice Guilbert and Edouard Gilles, as well as Argentine pilots Juan Carlos Castillo and Roberto Abate.
The accident happened at around 5pm on Monday shortly after the two aircraft took off in a mountainous region of La Rioja, in Argentina's north west.
Disel Cuneo, government spokesman for the province, said: 'There are several French nationals among the victims. So far we only know of two Argentine victims.'
There were unconfirmed reports that one of the victims died after jumping out of one of the helicopters seconds before they crashed.
Another provincial spokesman, Horacio Alarcon, said that the two helicopters appeared to have collided during filming.
'There are no survivors,' he added. 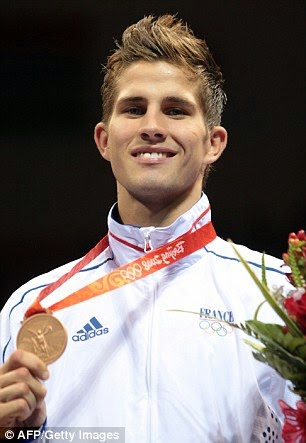 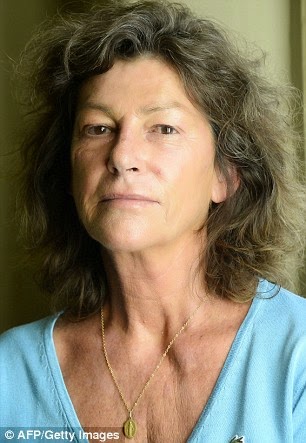 Alexis Vastine, a boxer who won bronze at the 2008 Beijing Olympics (left) and Florence Arthaud, who won the transatlantic sailing race Route du Rhum in 1990, were also reported to have been killed 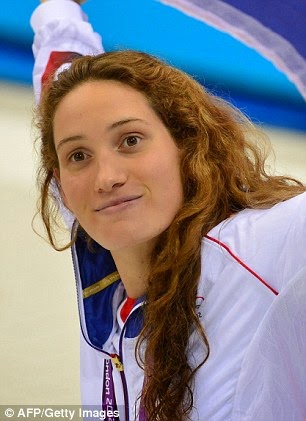 Camille Muffat, an Olympic swimmer who won gold in the freestyle at London 2012 and is a former world record holder died in the helicopter crash 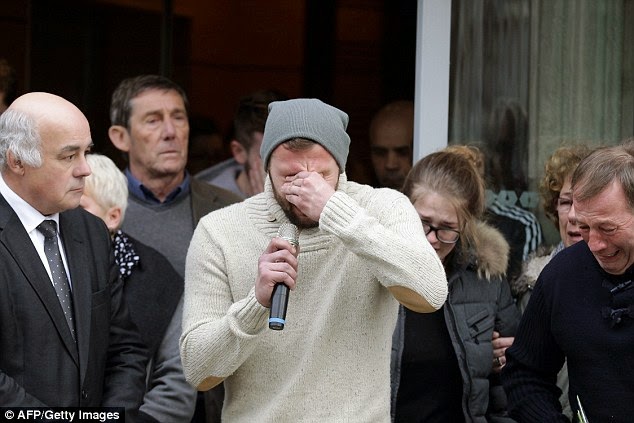 Grief: Adriani Vastine (centre) and Alain Vastine (right), the brother and father of Alexis Vastine, weep as they take gather to pay tribute to the Olympic boxer in Pont-Audemer, northwestern France
Culled from UK Daily Mail
Posted by Chimah Ikechukwu at 4:57 AM