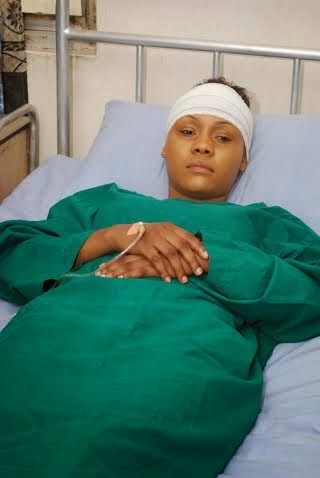 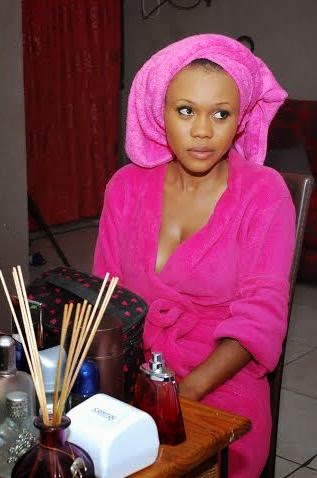 One of the most anticipated movies in the last three months, Somewhere Down the Line, will finally premiere in grand style at the Silverbird, Ikeja City Mall come Sunday, June 29, 2014.

The movie which is produced by fast rising actress, winner of the 2011 Next Movie Star, Tamara Eteimo, is coming under the stables of Shola Fajobi’s Origin 8 Formats Limited. Since announcing his intentions to delve into film production and distribution early this year, ‘Somewhere Down the line’, is his first production. Continue..

His distribution company, E-Force is also fully prepared to undertake the seemingly arduous task of distributing the thriller to all nooks and crannies of Nigeria.
According to Shola, who is fondly called Solar, “I’ve not been doing much with Nollywood directly in the past but because of the interest most of my clients are beginning to show in Nollywood, I decided I would throw my business acumen, which obviously is not in doubt, into those two areas. This year, I have said I would produce 50movies. And so far so good, I have produced 12movies and certainly before the end of the year, I would have produced all 50movies. Somewhere Down the Line is actually one of our first film production, after this, at least we shall be releasing 4movies every month under my stable. Definitely not all the movies will go to the cinema, not all will be premiered. Some will go to the cinema and some will go straight into DVD”.


Unlike the regular movie premiere, Shola Fajobi in a bid to up the ante got one of the leading consumer product company, Procter & Gamble, to sponsors the movie and the premiere which promises to be star studded.


Tamara, the lead character in Wale Adenuga’s Superstory- Itohan, on her own part, combines an amazing cast of talented Nollywood actors that excites crowd as well as fresh faces, most of who were housemates with her at the Next Movie Star. Bukky Wright, Yemi Blaq, Rachel Oniga and Mary Lazarus,  Yinka Ayelokun, Adetomiwa Kukoyi, Yinka Salau, kingsley Ogboso and others.


Speaking on her cinema debut, this will be her first production and she’s optimistic it will be appealing to movie buffs and pundits alike. “In as much as it’s my first, I tried my best to make it a success. A movie has to be appealing to the audience and once it gets a good reception, believe me; it will stay long at the cinema. I’m not saying the movie is perfect but it is close to perfect. Nobody will watch Somewhere down the line and say it’s a stupid film. They will connect to it one way or the other”.


The movie tells the story of a couple of a couple, Tolu and Goke who, eight years into their marriage, remain childless. They choose the path of IVF but it leads them down an emotional destination, causing more sorrow than joy.


The couple agrees on surrogacy but it turns out that Grace, the surrogate becomes emotionally attached, ‘Somewhere Down the Line’ and does not want to part with the foetus in her womb.

For the red carpet of Somewhere Down the Line, Excite On TV will lead other TV stations to cover the event. Afterwards, a week from when it makes it cinematic debut, there will be campus screening across five selected Nigerian campuses. They include University of Lagos, Obafemi Awolowo University, Niger Delta University, University of Port-Harcourt and University of Ibadan.
According to the producer, the DVD copy will be made available to students at the sum of N500. The DVD which will be sold to them becomes their ticket to get access into the various halls for the screening.
Posted by Chimah Ikechukwu at 3:30 PM